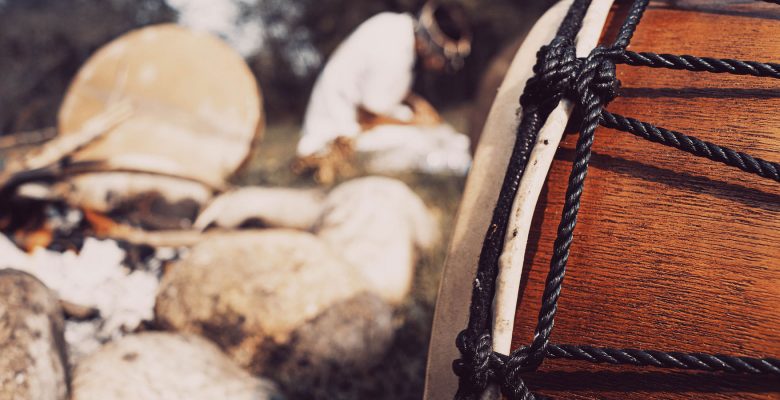 ‘Shaman’ is a Western word derived from Northern Asia – its origins shrouded in lost oral traditions. The sense of the word is timeless, reaching back tens of thousands of years and spanning the globe in every language.

Europeans first acquired the term for shaman from Russia in the 1690s. During the mid-to-late 17th century, Russian-Cossack explorers and conquerors heard and recorded the word ‘saman’ from the Evanki tribe, a Tungus-speaking people of Siberian Russia. For those mountain-dwelling hunters and reindeer herders, ‘saman’ was an action word – derived from the Tunguso-Manchurian verb ‘sa’, meaning “to know” or “to heat oneself.” (‘Sa’ was derived, in turn, from the Vedic ‘stram’, also meaning “to heat oneself”; as well as ‘stramana’, meaning “ascetic.”)

One translation of ‘saman’ is “to burn up; to set on fire,” signifying the inspired fever-like trance of the ancient shaman who moves energies between worlds. Such mastery of inner heat or fire is integral to Northern Asian shamanic practices – distinctive of that region. Shamans outside of Asian realms are not generally trained for ecstatic trances – though no less disciplined in the command of energies, both physical and spiritual.

The most common translation for ‘saman’ is “one who is excited, moved, raised” – alluding to the shaking of the shaman’s body seen in that Tungus tradition when the shaman is journeying or embodying spirit. One renowned expert on the Tungus peoples, Dr. Ake Hultkratz, further refined the Tungusic contextual meaning of ‘saman’ as “a social functionary who, with the help of guardian spirits, attains ecstasy in order to create a rapport with the supernatural world on behalf of his group members.” Service to community is common among shamans of all cultures. However, the ecstatic shaking attributed to Tungus practitioners is not universal, but only seen in some shamanic traditions.

The term ‘saman’ of the Northern Tungus is intrinsically related to the ‘saman’ of the Mongols, and the ‘kam’ and ‘xam’ of the Turks. Even as the term diffused south to China and northeast to Japan, ‘saman’ retained the essence of its meaning – referring to a practitioner who intentionally embodies spirit in service to community. In fact, the shaman’s unique role has been universally represented through history in every culture under different names. Whatever the language, the role of the practitioner is described as one who attains a controlled state of consciousness to commune with the unseen world, returning with information or energies to benefit the community.

Shamans continue to practice in cultures all over the world. Though from the beginnings of the 20th century, Westerners have mistakenly generalized the meaning of shaman to include all types of spirit workers, including  mediums, medicine men, magicians, sorcerers and witch doctors. But the shaman, by whatever cultural name, is the oldest spiritual practitioner, forever practicing transformative connection to all things. 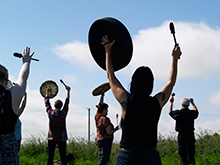